A quick note to explain the picture not corresponding with the post. This was originally done last year when I was vegetarian. I naturally used honey. When I made it again, since I am now Vegan I used agave. I forgot to take a new picture and so used the original image

As a witch I drew to the conclusion a long time ago that we can underestimate our skills and knowledge as witches very often and today just proved my point.

For a few days now I have been working on an ideal tea for a psychic readings. Not only did it need to produce the intended vibrations to aid me, it also had to taste nice…well I think it needs too! Lol

All I had was lists up to now. So I put it to bed for a few days. Today I had desire for a lovely brew. Did I go to the kitchen and boil the kettle grabbing a sachet of my favourite tea? No! Instead I suddenly found myself grabbing scissors. Slipping on shoes. And wondering to our herb planters outside, cutting a few choice leaves and flowers. Then head upstairs and selected some spices from my herb box!

I washed my herbs, left to drain and then ground the spices together. I took the herbs and roughly tore them up and added to the pestle and mortar, lightly grinding them together to start the release of the plant oils. I divided the mixture between two bags to allow it to move freely in the hot water. I allowed 5 minutes for it to brew!

Without even trying I’d created the base for the tea I was looking for. A tea that would instil peace and calm. Would remove negativity and purify. Give protection. As well as strengthening psychic powers and aid divination!

And I have to say it’s a lovely and delicate tea. Though don’t leave the bag in for longer than five minutes. I added a little agave nector to see what it was like as I don’t normally add it. For me I would omit the agave and add orange peel, as agave really doesn’t add anything to the brew. The use of it is a personal choice.

Within a few minutes of drinking it I felt a lightness and calm. I then promptly did the card reading 😊

So the moral of the long tail…don’t doubt your skills and knowledge as a witch. Go with the flow….

Witchcraft has been in my family on my mothers side for generations, and now myself, my sisters and niece are also witches. I am also Pagan and see myself more as Celtic. My roots are mostly Scottish, with some Irish, as well as Norse! I am Empathic and a medium and read both Tarot (though on a break at moment) and Oracle.  I am also co-owner of 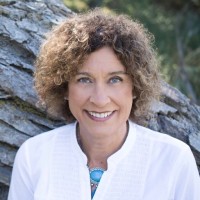 Witches Of The Craft®

"Witchcraft for the 21st Century"

And So It Goes

Musings on modern Druidry in the UK

Because being Vegan is part of my path...

A Celebration of the Seasons & the Spirit

~ weird and wonderful blogging from the Welsh Marches ~